Showing posts from June, 2021
Show all

The Beast of Revelation - Part 2 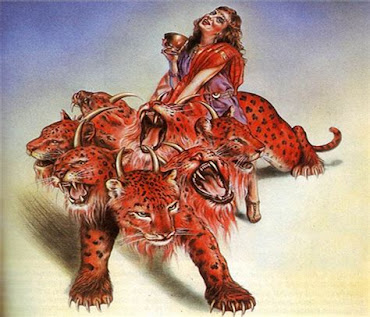 The thesis of the previous article was that the Beast in Revelation is also the 4th beast in Daniel 7, so we can look in both books to learn about the Beast.  The Beast is a specific character in end time events.  But due to the composite nature of his image, we can apply some aspects to human political power more broadly whether they be kings, politburos, or representative governments. To start,  describing kings as beasts communicates something worth noting.  The word beast has a connotation of something that is wild, dangerous, hungry, and aggressive.  The beast images in Daniel and Revelation reinforce this intuition by describing the beasts as conquering, eating, and destroying.  What is true of any beast is emphasized in the image of the Beast Daniel sees. Daniel 7 7 After this I kept looking in the night visions, and behold, a fourth beast, dreadful and terrifying and extremely strong; and it had large iron teeth. It devoured and crushed and trampled down the remainder with its
1 comment
Read more

If you take a cross section of the book of Revelation in the Bible, you will find that several different subjects come into to play.  Up front there is theology, since it's in the Bible, duh.  Next you start to notice how some of the imagery which is mentioned in other parts of the Bible comes into your microscope's focus.  That leads you to consider history.  As you continue to scan the samples on the glass slides you cut out of Revelation, you notice things like government or politics come into view.  Then you have to adjust the focus some more to think through how that applies to today. The samples of Revelation I plan to focus on describe The Beast.  You know, that character that has inspired so many mediocre B-movies and heavy metal album covers. We have all known high school drop outs who giggled any time they saw the numbers '666' scrawled on a bathroom wall.  But there are some important lessons we can learn from studying who the Beast is and what the Mark Of
Post a Comment
Read more 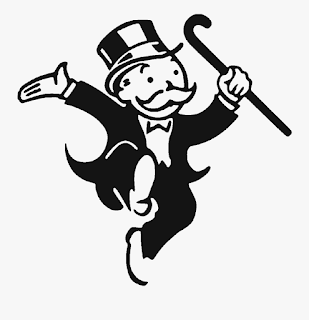 A 2017 poll found that Americans under 30 preferred an economic system based on collectivism (socialism, communism, or fascism) to capitalism, 58% to 42%.  There was not an explanation for why poll participants replied the way they did.  However, when you look at today’s economy I can think of a few: Ever increasing cost for health care, higher education, and real estate Slow economic growth and the resulting lack of jobs for new college graduates Stagnant growth in salaries and wages Higher income equality between working class to upper middle class If a capitalistic economy produces the issues in that list, why shouldn’t we look for an alternative?  Can we truly say the US economic system is built with their needs in mind, when it seems like the rich and powerful are taking advantage of the rest of us?  Before I say anything else let me provide common definitions for “socialism” and “capitalism”. Socialism is a political and economic theory of social organization which advocates tha
Post a Comment
Read more

How Should We Then Live? Chapter 13: The Alternatives

Schaeffer started the book saying that the Roman system of gods and values was not strong enough to hold up underneath the strains of the world.  The reasons why Rome fell may be more complicated.  There were internal and external factors.  There were moral and political factors.  Still, Rome fell.  It is a matter of historical record.  Just like this Roman bridge would if an 18-wheeler drove over it.  At the same time the Christian Church survived and grew in numbers and influence.  The first part of this book gives an explanation of why that happened. Schaeffer ends the book in chapter 13, calling upon Christians to warn the West not to go down the same path as Rome.  Rome had to increasingly use force to maintain order.  Chapters 8-12 explain how Western society is devolving into a Rome-like entity held together by force and administered through arbitrary morals and laws. He warns that pressure is coming on the West in 5 areas.  He then explains there is a choice to go down one of
Post a Comment
Read more
More posts