Showing posts from February, 2021
Show all

How Should We Then Live? Chapter 10: Modern Cinema

"...love without meaning... murder without guilt.. the dazzle and madness of London today" That about sums it up don't it, more so today than when Francis Schaeffer wrote this book.  Keep these phrases in mind as you read.  I propose it is the theme for Chapter 10.  It is the theme of the world around us too. This chapter focused on how modern philosophy was disseminated through culture to society at large.  Painters were the first to inculcate their art with this philosophy.  Music composers were the second.  Third were those writing poems, novels, and movies.  This article will start off with a comment on how modern philosophy spread into scientific thought and then finish by looking at how philosophy affected movies in the early to mid-20th century. Positivism/Empiricism Fails Earlier I wrote about the rise and breakdown of modern science as its philosophical basis shifted.  Schaeffer touches on another plot twist in the realm of science in chapter 10.  He
Post a Comment
Read more

How Should We Then Live? Chapter 10: Modern Music And Literature 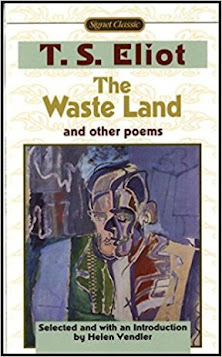 How Should We Then Live? Chapter 10: Modern Art 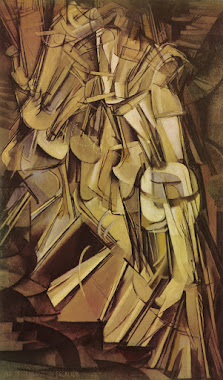 Nude Descending A Staircase - Marcel Duchamp Chapter 10 is a retelling of how existential philosophy made its way through all of society.  Chapter 9 focused on the philosophers and what they were teaching, and threw in a little about art and culture.  This chapter inverts that, spending most of the time discussing how art, music, and films spread this destructive heresy throughout the West. The general population was never going to adopt a new world view listening to bland lectures from philosophers.  But people will absolutely ingest ideas they hear in a beautiful song or see in a critically acclaimed movie.  That is the story in a nutshell.  Artists communicated through their output that mankind is only a biological machine when looked at rationally and that there is no meaning for life because it can't be discovered irrationally.  People can find meaning in whatever they choose, but those choices can't stand up to scr
2 comments
Read more
More posts