Showing posts from December, 2020
Show all

How Should We Then Live? Chapter 8: The Breakdown in Philosophy and Science, Part 1 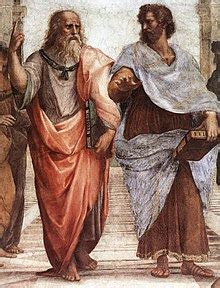 Plato & Aristotle According to Schaeffer, the breakdown of philosophy and science is a twofold breakdown.  Many of his chapters carry duality in them.  Chapter 8 is no different.  There are several duos to consider.  The first is the ongoing discussion of universals and particulars.  The other duos I noticed were optimism/pessimism, reason/emotion, Christianity/materialism, and science/philosophy. To review, universals are absolutes existing in reality that give meaning to life and bind particulars into a common purpose.  Particulars are the material things of everyday life.  In common speech, they are things made out of stuff.  In the picture above Plato points up emphasizing his world of forms where universals exist outside of normal life.  Aristotle points down, teaching that these forms or universals exist within particular objects.  Both gave important views on the basis of existence.  Both embraced the interrelation of universal and particular.  Both used logic, more or les
Post a Comment
Read more

The Danger of Regulatory Capture

December 26, 2020
I recently read this article about the 2009 H1N1 flu pandemic.  It is a good bit of journalism showing how government health organizations like the WHO and pharmaceutical companies are tied together.  Experts work on both sides of the aisle in order to set definitions of what a pandemic is.  They also create plans about how to respond when they occur.  In those plans the types and amounts of medications which will be purchased are written.  That means companies that develop and sell new vaccines and anti-viral therapies have every incentive to be active in getting their products written into the plans. It should also be noted that health organizations are also the ones who communicate when a pandemic is occurring and what needs to be done about it.  In the US that organization is the CDC, but every country has something similar.  What happens when the people who dictate our health situation also are the ones making money on selling medical products to us to fight the disease?  As that
Post a Comment
Read more

How Should We Then Live? Chapter 7: The Rise Of Modern Science 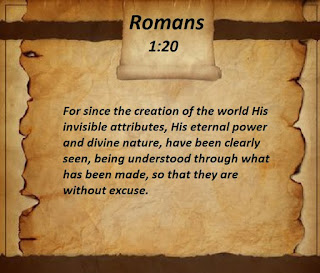 - St. Paul Renaissance, Reformation, Enlightenment;  Science Many people today believe that science is the opposite of religion.  They believe that logic and faith oppose one another.  Thinkers within the Enlightenment, which I wrote about ( here ), believed the same thing.  They described their era as enlightened specifically because they were stripping religious faith out of their thinking.  They likened faith to darkness and shackles.  Faith either hid or held us back from becoming something greater, full human potential. History isn't kind to these ideas.  There were some technical, intellectual, and societal advancements that occurred as a part of the Enlightenment.  However, those ideas produced great tragedy.  Many of the advancements didn't happen because of the Enlightenment ideas per se but through the practice of
2 comments
Read more

December 10, 2020
Earlier this week I made a comment on another blog ( link here ) that was talking about how destructive utopian movements can be.  In them the people are trying to make the world a better place, even the best place.  However, they frequently turn to mass violence and oppression because they misunderstand and then violate human nature.  Human nature in this world is corrupted by sin, which exists in every person and there is no way to intellectually or scientifically remove it.  My comment is below: "Utopian movements in the West come out of Post-Millennialism. For some reason it was a widely held view within some groups of the Reformation. Once the idea was secularized in the Enlightenment, it lead to all this hell. The idea that humans can perfect themselves and the world is pure hubris. The key to me is that God has to make pure everyone who will enter into Paradise. It is a supernatural act. I can't understand how Post-Millennialism ever had adherents. It is very difficult
Post a Comment
Read more
More posts