Showing posts from March, 2021
Show all

How Should We Then Live? Chapter 11: Our Society 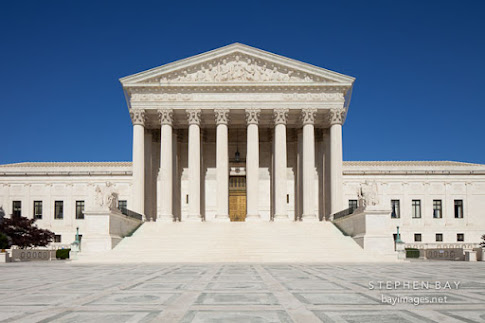 Supreme Court Building in D.C. Chapter 11 picks up right where chapter 10 left off.  Schaeffer doesn't move to a different era in history or subject matter.  Instead he continues the story of how our society changed as the world view of our political and intellectual leaders became dominated by existential modern philosophy. Remember the story so far.  Reason and logic were abandoned by philosophers in their search for universals: meaning, values, and morals.  Scientists retained their reliance on objectivity and reason, but reduced all of life to molecules and machinery within a materialist world view.  So for some time in the West there was this dichotomy between philosophy and science.  Philosophy meandered in the realm of the illogical and absurd.  Science analyzed the mechanical nature of human biology while denying the spiritual aspects of humanity. Existential modern philosophy spread through society by popular culture.  Then in the twentieth centur
Post a Comment
Read more
More posts