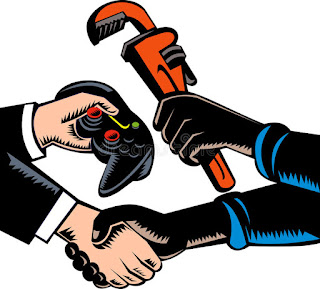 The Ethics Of Liberty - Murray Rothbard Robinson Crusoe doesn't stay alone for long.  Soon he encounters Friday or Bob, or Steve.  Then come many others who are also doing their best to survive on the island.  They will all enter into the process of ownership, production, and consumption.  But if that is all they do, they will all be bound by their personal limitations.  However, if they work together in trade, they will all vastly improve their material situation.  This is part of the natural law of mankind.                 "Economics has revealed a great truth about the natural law of human                    interaction: that not only is production essential to man's prosperity and                     survival, but so also is exchange." Exchange benefits humans because there is a high level of diversity between individuals.  In other words, inequality is important if humans are to benefit one another.  For example, maybe Crusoe is really good at growing wheat wh
Post a Comment
Read more

The Ethics Of Liberty - A Crusoe Social Philosophy 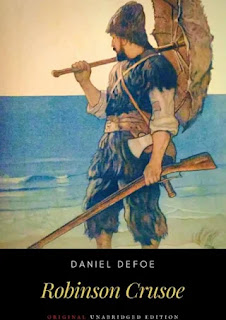 The Ethics Of Liberty - Murray Rothbard The next section of the book contains the meat of Rothbard's theory of liberty.  His exercise consists of thinking through what it takes for a man to sustain life using the character of Robinson Crusoe as an example.  He starts with what one individual all alone must do to survive and then in the following chapters adds characters in order to explore how an individual can have liberty within society.                 "Let us consider Crusoe, who has landed on his island, and, to simplify                    matters, has contracted amnesia." In that state Crusoe first notices his own body, his consciousness, and the world around him.  However he doesn't know anything about them.  Shortly, he will sense that he has different needs or wants through hunger, fatigue, or exposure to weather.  It will become clear to him that he must satisfy these needs in order to stay alive.  After that Crusoe will have wants that will make himself
2 comments
Read more

The Ethics Of Liberty - Natural Law and Natural Rights 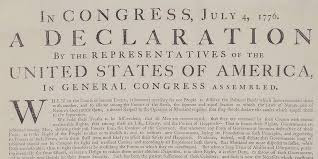 The Ethics Of Liberty by Murray Rothbard Rothbard concludes the first section of his book by making an important transition from natural law to natural rights.  Where, in the previous chapter, he contrasted natural law with positive law, here he introduces the concept of natural rights and shows how they emerge out of the natural law ethic. The classical version of natural law following the tradition of Plato, Aristotle, and Aquinas failed to fight off the theories of the positivists and produce liberty.  Their cardinal sin was that they considered the State as a center of virtue and goodness.  Their corollary sin was equating society with the State. Fortunately, there was a separate branch of natural law theory, which separated State and society, and therefore did promote political freedom.                 "the Levellers and particularly John Locke in seventeenth-century England                    ... transformed classical natural law into a theory grounded on
Post a Comment
Read more 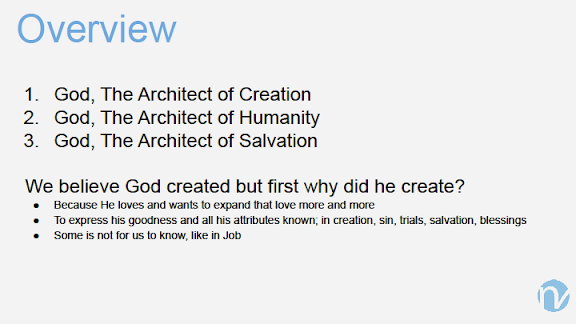 Here are some slides I  presented discussing the types of order in the universe and human nature.  Created order shows God's design intent for human life.  Theologians through church history and political philosophers have called that natural law. Of course we all violate that design intent with the choices we make.  The purpose of the talk was to clarify the standard.  Then describe how God responded to us rejecting His standard.  He put a plan in place the moment humanity disobeyed.  He worked out His plan over thousands of years.  That plan has been completed in Jesus.  We look back thousands of years ago to see how God made a way back to Him and the life He created for us. Jesus, as God, created the world and even today holds it together.  He literally keeps the world spinning.  Other parts of the Bible describe Jesus as the chief cornerstone.  Jesus, as the Logos, is the cornerstone of the whole universe.  As He is at the center of everything, being the Logos, He is intimate
1 comment
Read more

The Ethics Of Liberty - Natural Law versus Positive Law 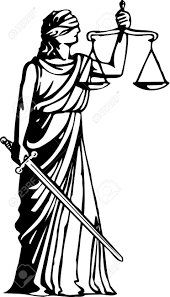 The Ethics Of Liberty by Murray Rothbard As the title suggests the whole chapter is about these two types of law.  There are several distinctions between natural law and positive law, even though there can be some overlap.  To start,  positive law is any law that has been written down and enacted by a government.  It is man made.  Natural law is not man made.  It is not always written down or enacted by government.  It exists even when there is no government in existence as it is a part of God's created order. Positive laws can be just or unjust because they have no basis other than the whims of rulers.  Natural law is never unjust because it is based on human nature, logic, and objective, absolute values.  Therefore, natural law is able to critique positive laws and those rulers who enact them.                 "the very existence of natural law ... is a potentially  powerful threat to the                      status quo and a standing reproach to the reign of ... the Stat
2 comments
Read more

The Ethics Of Liberty - Natural Law As "Science"

In chapter 2, Rothbard explains the basis of natural law and why it is important.  He also continues to address skeptics' objections. Part of accepting the existence of natural law is accepting the fact that everything in existence has a nature.  That nature determines the attributes of the things and also how different things interact with one another.  Philosophically the nature of a thing can also be thought of as a Platonic form.  There is a form of a chair which is the ideal chair.  The form represents perfectly what a chair is supposed to be and what it is supposed to do.  All chairs in existence are linked to the form as imperfect examples of it.  So the form of chair specifies the attributes that all chairs share, including their proper use.  You could also call it the natural law of chairs .  Particular chairs are examples of the universal form.  No two chairs are exactly the same, but they are all chairs.                 "The world, in fact, consists of a myriad n
2 comments
Read more

The Ethics Of Liberty - Natural Law And Reason

March 25, 2022
Since last  year, I have had the intention to read through Murray Rothbard's "The Ethics Of Liberty" and record my thoughts on it in this blog.  I read chapter 1 a couple of months ago but still couldn't find the time to do any writing.  I can't promise a consistent schedule going forward, but I decided I couldn't wait any longer to start.  Written in 1982, "The Ethics Of Liberty" is Rothbard's attempt to formulate a political theory based on libertarian principles and ethics. The subject of chapter 1 is something called natural law, and the theme is that natural law is neither religious nor irreligious.  Rothbard's purpose is to convince the audience that religious faith isn't required to discover natural law, but at the same time it isn't opposed to faith either. At the start of the book, he describes several factions debating political philosophy.  The first faction believes that "human nature" exists.  The other denies t
1 comment
Read more
More posts