The X-Men Is About Sex 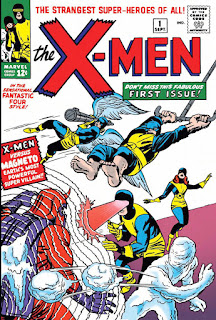 If you aren't familiar with the premise of the X-Men story it is this, there is a certain group of people who develop special abilities when they go through puberty.  It is explicit that Mutants don't manifest powers in childhood except in very special cases.  Based on that the parallel of developing mutant abilities and sexual traits happen at the same point in life.

The underlying message of the X-Men has been described by others as describing the fight of racial equality and acceptance of homosexuality.  Those are both reasonable metaphors when reading the stories.  Mutants are hated and feared by human kind.  In the comics, mutants are called homo superior in contrast to "normal" people being homo sapiens.  The X-Men stories can reasonably be applied to the plight of racial and sexual minorities.  In the year the books started, 1963, the Civil Rights movement was in full swing.  There were even violent backlashes against it.  Black people in America had to contend with beatings, lynchings, water cannons, attack dogs, and more. Professor X's X-Men had to go through similar challenges.  Politicians wrote laws outlawing their existence.  Mobs formed to force them out of neighborhoods.  News media portrayed them as threats.  With little exaggeration, any African Americans could read the story and identify with the struggle.

The push of LGBTQ+ rights didn't start in the 1960s.  That wouldn't start for at least another 20 or 30 years but the same kind of story was in play once it started.  It was about a minority group experiencing suspicion and oppression at least on the surface from the hands of "normal" people.

Think about my central claim.  The fate of nations is centered on the subject of sex. How a group of people wields sex, determines history, wars, famine, progress, and prosperity.  The question of what is a human, how should humans be built up, and what is the proper context for human development are questions with sex at the center.

The other important comic book of the day was Spider-Man which was also about sexual development.  In the case of Peter Parker, his insecurities and inability to properly balance his life were the focus of the stories.  But he was also hated and distrusted.  The news media slandered him.  In some stories he had a bounty on his head.  Because of his new powers and the responsibilities that came with them, he didn't have enough time in the day to fulfill his obligations to school, Aunt May, and friends.  He was compelled to use his new powers to protect others but in the process he suffered personal loss.  This is a glorified metaphor for the responsibility every young man discovers as he develops into maturity.

But back to the X-Men.  Sexual desire when directed properly leads to marriage, families, tribes, nations, even global economy.  The X-Men is simply a tale of how a tribe becomes self aware and has to negotiate its place in the world.  The comic book stories emphasize the anxieties of newly post-pubescents and how they find their place in a hostile world, but even there the theme below the surface a bit is sexual development, tribal identity, and how best to utilize these new found capabilities.

Stan Lee really was a genius.  He was able to take a universal human experience and rotate the story just enough to create a story about a specific group and even more amazing to write so that the smallest subgroup, the reader himself, felt the weight of the narrative.

The story of the X-Men grabs the imagination of young males by the visualization of super natural powers.  Part of the fun is just seeing all the different manifestations of the X-gene.  But the meaning is much deeper.  It links sexuality, to individual identity, to tribal identity, back to the individual reader trying to fit into the world around him.  You can apply the metaphor in a variety of ways, even to the Christian church, but the foundation is human sexuality and the building of human society.